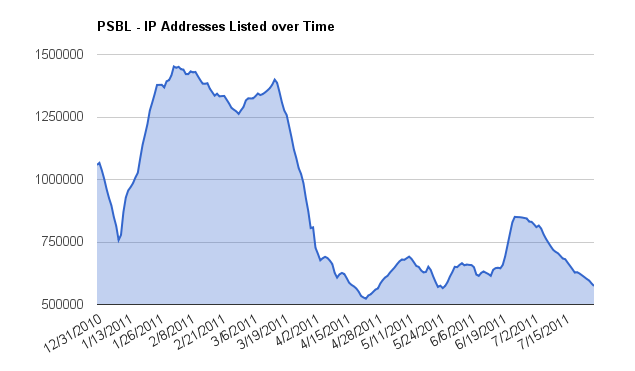 Here we see there has been a substantial reduction of spam since recent peaks in February and March 2011.  Other articles have commented recently on this recent reduction in spam, suggesting that spam filters and legal actions have been largely effective. It remains to be seen if this reduction is permanent, or if this is just a temporary lull.

Subscribe to the Spamassassin for Sysadmins Newsletter for occasional news important to your Spamassassin deployments. Also see our Ultimate Setup Guide for the latest tweaks to maximize your spam filtering effectiveness and safety.